News information
Home › News information › All chips are self-developed? ! The iPhone 15 is completely "de-Qualified", and the mainland's "fruit chain" has little impact, is it happy or sad?

All chips are self-developed? ! The iPhone 15 is completely "de-Qualified", and the mainland's "fruit chain" has little impact, is it happy or sad?

All chips are self-developed? ! The iPhone 15 is completely "de-Qualified", and the mainland's "fruit chain" has little impact, is it happy or sad?
iPhone 15 de-Qualcomm
On January 10, Taiwanese media quoted the iPhone supply chain as saying that the iPhone 15, which will be launched in 2023, will become the first iPhone to use Apple's self-developed chips. The most interesting thing is the change in the radio frequency part. It is reported that on the A17 processor, Apple It will completely abandon the baseband chips provided by Qualcomm and use self-developed baseband chips instead. At present, Apple's self-developed 5G baseband chips and supporting ICs have been designed and are entering the trial production stage. 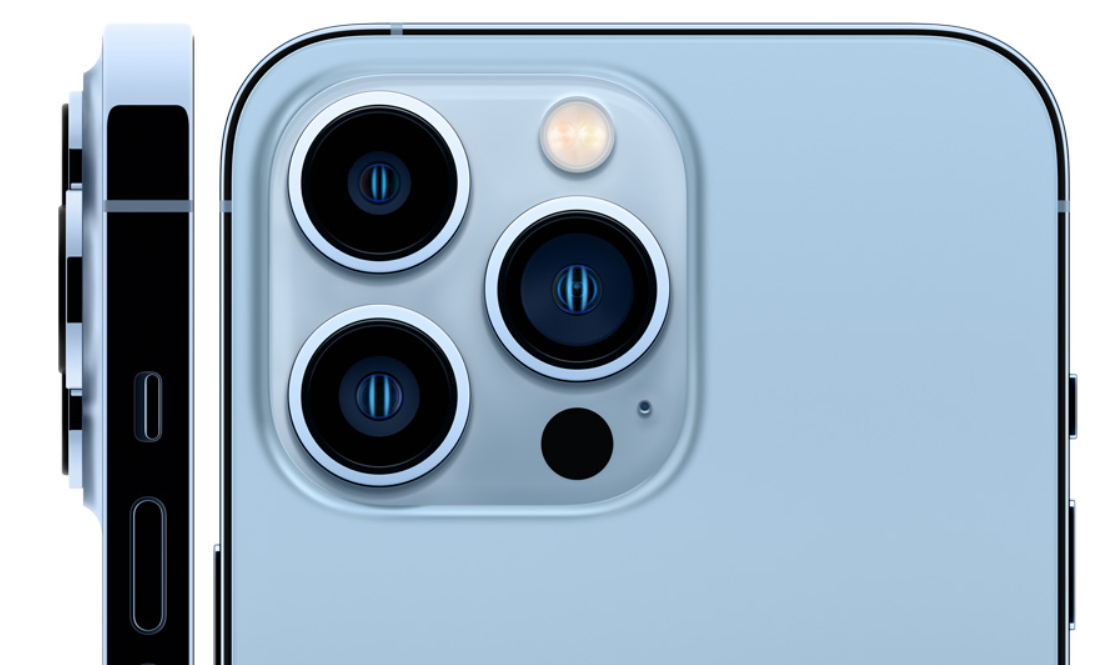 It is reported that TSMC will take all orders from Apple, including the use of 3nm foundry Apple A17 processor, the use of 5nm foundry Apple's self-developed baseband chips, and the use of 7nm foundry Apple's self-developed RF IC chips. It will be difficult for other IC design companies to get it. Benefiting from this, TSMC's operations will maintain considerable high growth until 2024.
Will Apple completely "de-Qualify"?
If the iPhone 15 uses all self-developed chips, Qualcomm will be the first to be hit, and it is expected that the company's revenue will be affected to some extent. From the perspective of Apple, such a move confirms the company's efforts in recent years, allowing Apple to get rid of its dependence on Qualcomm and completely complete the "de-Qualcommization".

The relationship between Apple and Qualcomm has a long history. Since 2016 or even earlier, Apple has begun to support Intel's baseband business in order not to pay Qualcomm's patent fees, and there are various lawsuits between the two companies. .

The companies' lawsuit also began in 2016, a year when Apple publicly refused to pay Qualcomm up to $1 billion in patent fees and advocated for all suppliers not to pay Qualcomm's patent fees. Apple fans are well aware that the iPhone 7 series launched by Apple in 2016 did not perform well in terms of signal performance. An important reason is that in order to fight against Qualcomm, Apple took the risk of using Intel's baseband chips.

In 2017, Apple, which did not pay Qualcomm patent fees, took the lead in suing Qualcomm in the United States, demanding that Qualcomm refund the preferential part of the $1 billion patent fee and reduce future patent licensing fees. Shortly thereafter, Apple filed a lawsuit against Qualcomm in China, claiming that Qualcomm violated China's antitrust laws.

Then Qualcomm began to fight back, suing Apple in the United States and China for violating the agreement signed by the two parties and violating Qualcomm's patent rights, and Qualcomm sought to ban the sale of some models in the two major smartphone markets of China and the United States on the grounds of patent infringement. iPhone. Among them, the US Trade Commission did not support Qualcomm's request, but the Fuzhou court in China made a corresponding judgment.

Of course, Qualcomm did not feel well. During the lawsuit, Qualcomm was fined 997 million euros by the EU for monopoly. The EU also opposed the agreement between Apple and Qualcomm. According to incomplete statistics from foreign media, in 2017 and 2018, when Apple and Qualcomm litigated each other, the two sides conducted more than 50 large-scale lawsuits, with winners and losers in different countries and regions.

On April 17, 2019, Apple and Qualcomm officially announced the reconciliation of the century, ending more than two years of litigation. According to the agreement, Apple will pay Qualcomm an undisclosed amount of patent fees, and signed a 6-year and 2-year renewable patent licensing agreement. Since then, we have also seen the iPhone scale using Qualcomm's baseband chips. 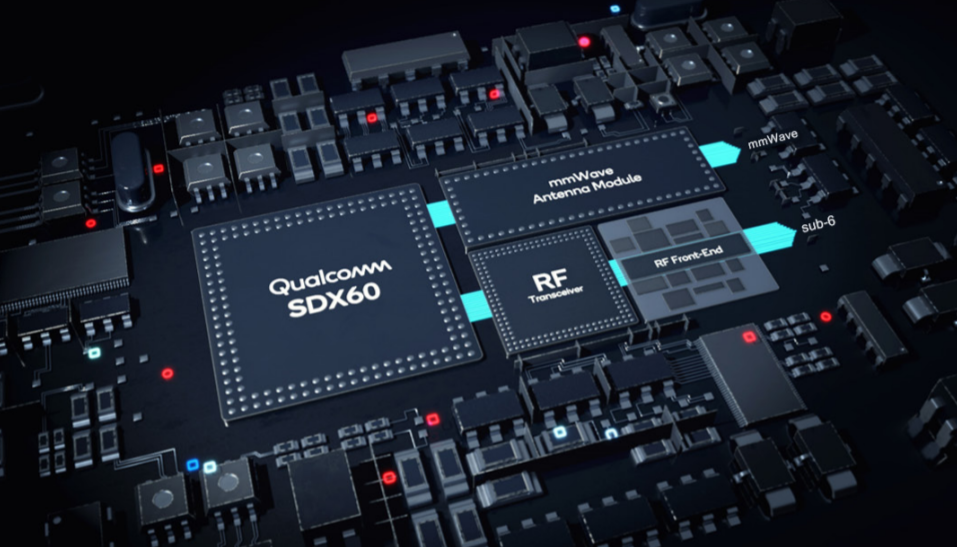 But Apple did not choose to swallow this breath. On July 25, 2019, Apple acquired Intel's mobile phone baseband chip division for $1 billion. In addition to obtaining related equipment from Intel's department, it also obtained 8,500 cellular patents and connected device patents, and 2,200 Intel employees. According to Apple CEO Cook's description at the time, after completing the acquisition of Intel's mobile phone baseband division, Apple's wireless technology patent portfolio exceeded 17,000. Since then, Apple's self-developed baseband chip has been transferred to the "underground" mode. During this period, it was not high-profile, and there were occasional news that were not confirmed by Apple. It’s actually quite understandable from Apple’s behavior in the past. The company basically made official announcements when it was done, and the clues that the outside world could capture were only recruitment information.

In December 2021, according to foreign media news, Apple opened a new office in California and recruited engineers for radio frequency chips, RFICs (radio frequency integrated circuits) and wireless SoCs (system-on-chips). Affected by this news, the stocks of international RF giants such as Qualcomm, Broadcom, Skyworks, and Qorvo all fluctuated.

According to the news that has been exposed, Apple has not only completed self-research on radio frequency chips, but also in power management chips, screen driver chips, T-series security chips, and 3D somatosensory chips.

In 2008, Apple acquired PASemi for $278 million. The 150 people in this team are called the genius team. There are many great gods in the chip industry, including Silicon Valley legend Jim Keller, the hero behind A13 Sribalan Santhanam, Dan Murray and others. It is the "regular army" of the first batch of chip research and development within Apple. Previously, it was engaged in the research and development of processors based on the PowerPC architecture. This team developed the first self-developed processor A4 based on the solution of Intrinsity (later acquired by Apple), and the subsequent "open" A-series processors began here.

But chip research and development is not just about having money and someone. We all know the story of Apple and Imagination. The long-term separation between the two proves that Apple’s self-developed GPU is not as good as expected. Even if Imagination’s solution is not directly adopted, it is necessary to continue to use the company. IP. Therefore, even if Taiwanese media quoted supply chain news as being prudent, but RF is a complex system, and it is not possible to have excellent performance with advanced technology. As far as RF power amplifiers (RF PA) are concerned, their job is actually analog signal processing, which is not related to advanced technology. In addition, there are few PA-related talents, and there are more and more PAs in smartphones. What is the performance? , but also depends on the specific product.

However, it is expected that Apple's self-developed baseband will come with a high probability. Not only industry chain people are breaking the news, but Tianfeng International analyst Guo Mingji also said that Apple's 5G baseband chip will debut in the iPhone model in 2023 as soon as possible. This news was also corroborated by Qualcomm financial officer Akash Palkhiwala, who pointed out that the proportion of iPhones shipped in 2023 using Qualcomm 5G baseband chips is expected to be reduced to 20%.
Is there little pressure on the mainland "fruit chain"?
Judging from the current news, the "first iPhone with all self-developed chips" mentioned by Taiwan media needs to be quoted. From the current process, the iPhone 15 is likely to have a self-developed power chip system. , a set of self-developed RF baseband systems, self-developed CPUs and GPUs that may be self-developed but citing Imagination patents, as well as some sensors and screen control chips. But there are also areas that Apple cannot cover, such as memory chips and some passive devices.

But we have to admire Cook, a master of supply chain management. Since he took office and led the acquisition of Intrinsity, Apple has gradually improved its strength in chip research and development. Now not only the A-series processors are significantly ahead of the industry, but also in other types of processors. In terms of chips, the strength of Apple chips is also at the leading level.

However, in the face of the news that Apple is gradually developing its own alternative suppliers of chips, the Apple supply chain in mainland China has expressed little pressure. According to the list of suppliers published by Apple in 2020, there are 42 mainland suppliers. Only five companies, AAC Technology, Goertek, Nexperia, Xinwei Communication, and Zhaoyi Innovation, belong to chip companies, and all other companies are suppliers. Die-cut products, materials, screens and manufacturing foundry, etc. Among them, Zhaoyi Innovation provides NorFlash for AirPods, and it is reported that it is the only supplier. AAC Technology and Goertek provide speakers and microphones for iPhone, Nexperia provides power devices for iPhone, and Xinwei Communication provides radio frequency devices.

Therefore, if the iPhone only uses self-developed RF baseband chips, the only affected company in mainland China is Xinwei Communication. If all the current Apple self-developed chips are replaced, Nexperia will also be affected. At present, there is no news of Apple's self-developed acoustic devices, so the shares of AAC and Goertek are relatively safe.

Therefore, only Xinwei Communication has a high risk level. We don't need to worry too much about the Apple supply chain in mainland China, but from another dimension, the domestic chip level is generally low, and it cannot be used in the top stage such as the Apple supply chain. prove yourself. Since Huawei HiSilicon was sanctioned, there are no mainland companies in the top ten IC design companies in the world. At present, there are only a few mainland IC design companies that can compete with international giants, such as OmniVision, Goodix Technology, Zhaoyi Innovation, Zhuoshengwei, and Ziguang Zhanrui. 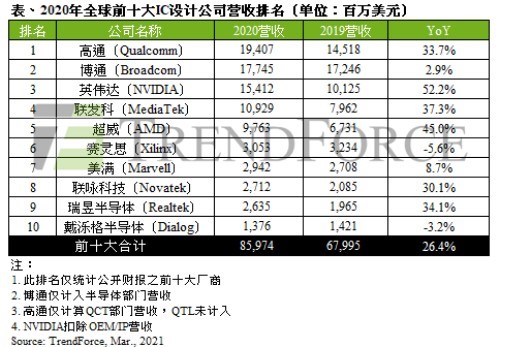 To quote Mr. Chen Datong, the managing partner of Yuanhe Puhua, the current IC design level in mainland China is still 5-10 years behind the international leading level. Time is still the "biggest enemy" of domestic chips. On the one hand, we need time to develop, and on the other hand, we must be patient and willing to spend time doing hard work. One day, when the top terminal market changes, a large number of domestic manufacturers will also be affected. At that time, domestic chips will actually become.