News information
Home › News information › IPO approved? ! How does SenseTime get rid of the common predicament of AI companies with the entry of Metaverse and autonomous driving?

IPO approved? ! How does SenseTime get rid of the common predicament of AI companies with the entry of Metaverse and autonomous driving?

IPO approved? ! How does SenseTime get rid of the common predicament of AI companies with the entry of Metaverse and autonomous driving?
Meta Cosmos Autonomous Driving
Recently, some media reported that SenseTime, one of the "AI Four Little Dragons", was approved for an IPO in Hong Kong stocks and plans to raise US$1 billion. However, Shangtang did not respond positively to this rumor, and the relevant person in charge said to the media that he would not comment on this.

Earlier news revealed that SenseTime may list A+H. SenseTime submitted a Hong Kong stock listing application on August 27 this year, but this is actually the latest company among the "AI Four Dragons" to submit a prospectus. Megvii submitted the prospectus to the Hong Kong Stock Exchange as early as August 2019, but there has been no follow-up; until March 2021, the Science and Technology Innovation Board disclosed the news of Megvii’s submission of the IPO application and completed the meeting in September. One step away from listing.

AI companies have gathered together to seek listing in the past year. From the prospectus of these companies, we can find some difficulties in the domestic AI industry in recent years.

SenseTime is not immune to the common dilemma of AI companies 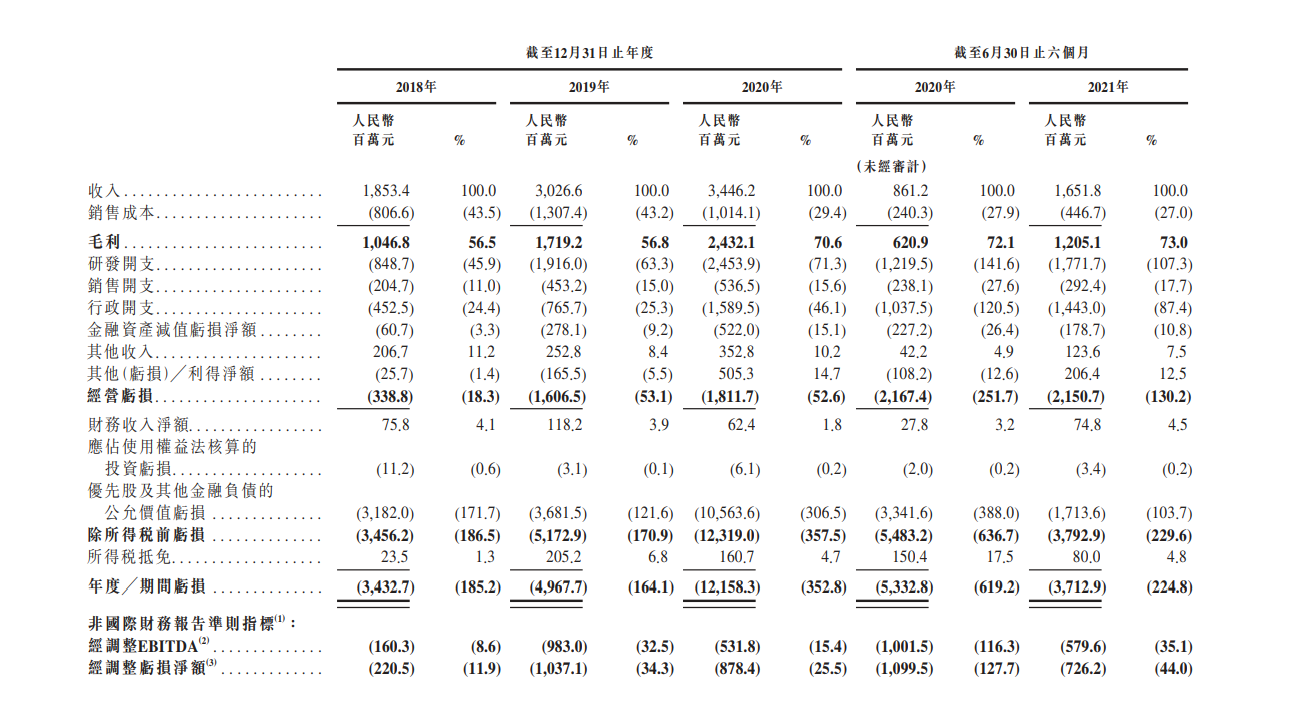 In the prospectus, SenseTime expressed its belief that future revenue growth depends on the ability to develop new technologies, enhance customer experience, formulate effective commercialization strategies, effective and successful competition, and develop new products and services. But they also said that it is expected that costs and expenses will increase in the future as the company continues to expand its business and operations and invest in research and development, general artificial intelligence infrastructure and geographic expansion.

The trend of AI technology homogeneity is actually forcing AI companies to invest more resources to maintain their advantages, which can be reflected in R&D investment.

However, since its establishment in 2014, SenseTime has completed a total of 12 rounds of financing, with a total amount of US$5.2 billion. This is the confidence that SenseTime can continue to "burn money". According to the data in the prospectus, SenseTime currently has sufficient cash flow. As of June 30, 2021, the company's cash and cash equivalents amounted to 8.926 billion yuan. 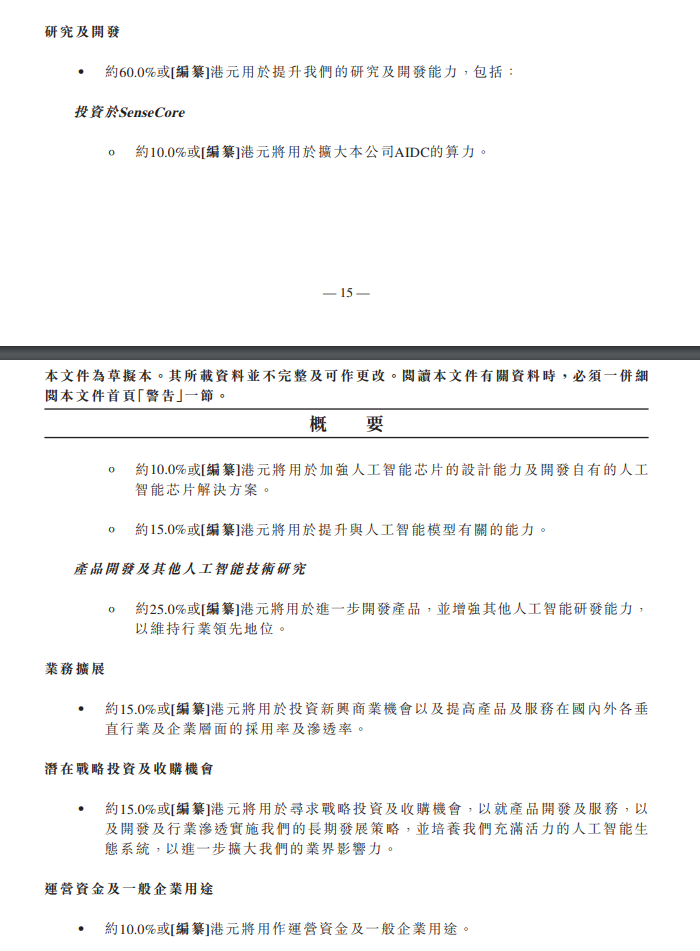 Regarding the US$1 billion in funds raised, SenseTime stated in the prospectus that 60% will be used to improve research and development capabilities, including expanding the company’s AIDC computing power, strengthening AI chip design capabilities, and developing free AI chip solutions. AI model related capabilities; 15% for business development; 15% for seeking strategic investment and acquisition opportunities; 10% for operating capital and general corporate purposes.

However, in the face of potentially higher R&D expenditures in the future, going public is the best financing channel for AI companies that are currently cooling down.

AI vision market share is leading domestically. Will autonomous driving and meta-universe be the growth points in the future?

From the perspective of business revenue trends, the proportion of smart city revenue has been increasing in recent years, from 28.6% in 2018 to 47.6% in January-June 2021. The proportion of smart living in total revenue has declined significantly. The data in 2018 was 17.8%, and by the first six months of 2021, this figure had dropped to 8.9%. The revenue of the smart car business has grown steadily, but with the current gradual increase in the demand for smart cars, it has the opportunity to become a new growth point in the future.

In 2017, SenseTime became a strategic partner of Honda, providing it with technologies related to autonomous driving. As of June 30, 2021, SenseTime has accumulated more than 30 domestic and foreign auto companies and has been selected as a supplier of more than 50 models. SenseTime said that in the next few years, they will supply more than 20 million cars with its "Juying Smart Car Platform" products.

In addition to smart cars, SenseTime also has a layout in the recent popular meta-universe concept.

The prospectus shows that the SenseMARS software platform of SenseTime is the technology empowerment platform of Yuan Universe, which is equipped with perception intelligence, decision intelligence, intelligent content generation (including AR/MR and software agents) and other infrastructure (such as cloud engines, etc.) And other functions, and cooperate with mobile phone manufacturers, semiconductor manufacturers, mobile application developers and game developers to jointly build a multi-layer infrastructure.

The prospectus revealed that in 2018, a company’s meta-universe application used a virtual avatar based on SenseMARS.

Of course, for the meta universe, there are various interpretations and visions for the future. But the reality is that Meta Universe has not yet implemented a product in the true sense, and the industry has not yet a clear definition of Meta Universe. The important thing is that for the concept of Metaverse, how long the status quo of the capital carnival can last is still a question. Perhaps Metaverse is just like the AI ​​industry in previous years?