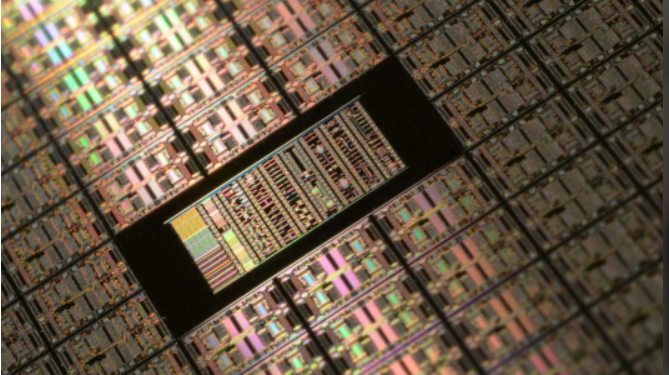 According to the DRAM market in the first half of 2021, Changxin Storage’s global market share has reached 1%, ranking fifth (Samsung, SK Hynix, and Micron have a total of 94% share). In the NAND market ranking, Yangtze River Storage The global market share has reached 2% (only 1% in the second half of 2020), ranking seventh (others include Samsung, Kioxia, Western Digital, SK Hynix, Micron, Intel, etc.). Although this share is still insignificant compared to major global manufacturers, it is a positive and significant improvement in domestic storage.

On the other hand, the boom of DRAM and flash memory will be insufficient in 2022, and changes in application demand are worth noting.
Phased progress in domestic storage
China is the world's largest application market, and China accounts for more than 30% to 40% of the market for smartphones, PCs, and servers. It is precisely because the terminal industry is in China that domestic storage has a better development opportunity.

In terms of DRAM, Changxin Storage has successfully mass-produced 19nm DDR4/LPDDR4, and is advancing the development of LPDDR5 DRAM products. It is expected to adopt a process below 17nm. By the end of 2020, Changxin Storage's 12-inch monthly production capacity has reached 40,000 pieces, and the construction of 60,000 pieces/month has begun. With the continuous expansion of production capacity in the future, Nanya is expected to become the world's fourth largest DRAM chip manufacturer.

In addition to Changxin Storage, Dongxin Semiconductor also has a DRAM product line. According to Chen Lei, Dongxin's deputy general manager, combining the company's own IP, including DDR3 and low-power DDR products, the next step is to develop LPDDR4. It is expected to provide small-capacity LPDDR4x products for IoT and baseband customers next year. Recently, Zhaoyi Innovation said that 17nm DDR3 products are in progress as planned and are expected to contribute revenue in 2022.

Of course, basically domestic memory chip manufacturers still need to closely follow the global top players. After talking about some progress made by domestic storage, let's take a look at how the DRAM and NAND markets have gone in the past two years.
DRAM prices may fall by 15% next year, and DDR5 is expected to stabilize
The memory is divided into 5 categories, namely PC, server, mobile memory, graphics memory and niche memory. At the 2022 Storage Industry Trends Summit of TrendForce Consulting, Mr. Zuorong Guo, deputy general manager of TrendForce Consulting's research, gave a prediction for next year's DRAM market. In the first half of this year, when Delta made a comeback in the global memory industry, most people still work at home. In parallel with class, the client also continued to raise the inventory level due to strong demand, causing memory prices to climb all the way up in the first three quarters. However, with the launch of vaccines around the world, the epidemic has gradually been brought under control. After returning to work and classes, the demand has fallen. In the fourth quarter, the memory industry changed from short supply to oversupply, and prices began to fall. TrendForce forecasts that the growth rate of memory supply in 2022 will reach 18.1%, which is the same as this year. The unit price will be reduced by 15% annually. However, next year will be the first year for DDR5 memory to enter the market. The characteristics of low voltage, coupled with the continuous support of major international manufacturers, will have a certain degree of penetration in the second half of next year, and the decline in the average price of memory may begin to converge. The possibility of price stabilization is not ruled out.
Specifically, the price of DRAM for PCs or servers is in a downward trend, while mobile memory is slowly rising and falling, which is basically a downward trend. In addition, graphics memory and niche memory will also decline.
From 2020 to 2021, the entire notebook computer market has been stimulated by demand for home office and online education, showing substantial growth. It is estimated that notebook shipments this year will increase by 15.3%, but next year will be -7.1% decline. The reason is that after the peak season of two years, as the epidemic slows down, the demand for remote office is no longer strong, which will affect new notebook purchases. Weakened demand.

Graphics memory also has good room for growth due to the pull of virtual currency and game consoles. The consumer category, including home appliances, has promoted the growth of demand for niche memory.

TrendForce estimates that mobile phone shipments will grow by only 3.5% in 2022, and this year is about 7.3% growth. The reason is that due to the lack of killer applications, upgrading from 4G to 5G will not bring about a big wave of replacements.

In terms of proportion, the share of mobile memory is about 32%. Among them, Samsung presents an oligopolistic market structure, with its market share exceeding 50%, followed by SK Hynix and Micron. Whether it is LPDDR4 or LPDDR5, Samsung's share will be even higher, and it even has the right to determine the price. Samsung’s share in LPDDR4 has reached 46%, and SK Hynix and Micron’s estimate next year is about 29.2%.

The most important DRAM application market is servers. The number of servers produced is estimated to grow by 4% to 5% each year. This year is estimated to be 5.4% and next year is estimated to be 4.1%. Although the number of servers has not grown much, Server storage has a lot of room for growth. The server memory will grow by nearly 18% next year.
Flash memory presents an oversupply, looking for a balance between high-level production capacity and demand
Ao Guofeng, an analyst at TrendForce, pointed out that in terms of current production growth, Samsung will increase production by nearly 75,000 units in 2021, and will only increase production capacity by about 35,000 units in 2022.

After domestic manufacturers increased significantly by 35,000 pieces last year, the plan for 2022 seems to have only a small increase. The main reason is that the domestic manufacturer Changjiang Storage will switch to 128 layers in the manufacturing process next year, and will follow the SSD supply and mobile phone memory supply of the first-tier manufacturers, and the long-term production capacity plan is relatively conservative.

In 2022, Kioxia's plan is to increase slightly by about 15,000 pieces, and SK Hynix will slightly increase the production of 3DNAND at its local factory in South Korea. Intel and SK Hynix are expected to complete the first phase of the merger plan before the end of the year, and the focus of future products will focus on the development of enterprise-level solid state drives. Micron's production capacity will also increase slightly. On the whole, Ao Guofeng said that next year's plans for various manufacturers to start production are more conservative than those in 2021.

At present, the center of gravity of each manufacturer is between 96 and 128 layers, but in 2022, the supply focus of the entire output will shift to 176 layers, and even by 2023, some leading technology manufacturers will push the technology to more than 200 layers. Mainly Samsung, SK Hynix and Micron will be expected to push from the 176 layer to the 200 layer or more, and the technology research and development of Intel, Yangtze River Storage, etc. will be in the 160 to 192 layer.

After the fourth quarter of this year, 176-layer 3D NAND has a small increase. Next year, the output ratio of 176-layer will continue to increase. It is mainly used in notebook computers, smart phones and other markets. As for enterprise-level SSDs, even if there are 176-layer applications next year, But it is still based on 128 floors.

Although the production capacity of many chips will be tight and out of stock in 2021, the supply of related PMICs or main control ICs continues to improve. Therefore, Guofeng Ao believes that it is estimated that by the end of the second quarter of 2022, the supply of related components will return to normal delivery. In the first half of next year, when production demand cannot be greatly improved, and the original factory production capacity continues to shift to 128 to 176 layers and higher, the flash memory market may experience oversupply in the first half of next year. With the mass production of Intel's next-generation server platform in the second half of the year, there will be a chance that there will be a balance of supply and demand after the third quarter.

In terms of flash memory prices, there is still a chance that prices will continue to decline slightly in the fourth quarter of 2022, mainly due to the continuous increase of original factory production capacity, especially the continuous improvement of the 176-layer production capacity. It is estimated that the price will remain slightly next year except for the third quarter. In addition to stability, the proportion of prices that will decline for the entire year next year will be between 20% and 25%.

In 2021, the overall demand bit growth will be 38.8%, and the supply bit growth will be 39.1%. Next year, there will be an oversupply situation. It is estimated that there will still be an oversupply in 2023. Taking into account the progress of the entire original factory's production capacity of more than 200 floors and the market demand, it may reach a balance of supply and demand in 2023 and some time nodes afterwards.