Sword pointing to the mainland's automotive chip industry chain, demanding data from chip manufacturers, the US's move was rejected by TSMC and Samsung 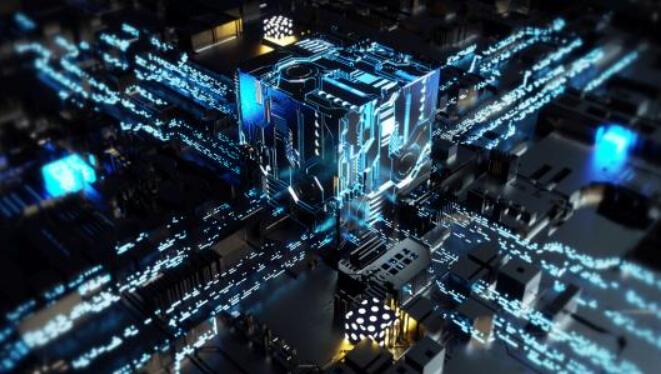 Not long ago, the US government organized the third round of semiconductor summits, still in order to solve the current serious core shortage problem. At this round of the summit, the US government required major chip manufacturers to hand over inventory and sales data within 45 days. U.S. Secretary of Commerce Raymondo declared after the semiconductor summit, "Our toolbox has many ways to allow the industry to submit data. Although we don't want to get there, we will definitely take action if necessary."

At present, as more summit news is exposed, one of the reasons why the US government asks for data from chip factories has been made public. It points to the automotive chip industry chain in mainland China, and wants to find the cause of the global automotive chip shortage.
Pull and stock up
Recently, the US auto industry has suffered severe damage due to chip shortages. According to related reports from the US media, due to a serious shortage of chip supply, six auto factories in North America were forced to close and suspend production, including both Ford's factories and GM's factories. At present, GM and Ford's discontinuation yards are full of cars. The cars that appear to be mass-produced off the assembly line in appearance, in fact, cannot be used normally because they do not have chips.

According to statistics from the U.S. automotive industry regulatory agency, tens of thousands of auto production line workers in the United States have been forced to suspend their jobs due to the lack of core production. In the second half of September, Ford's pickup truck production line in Kansas City was suspended, and truck production lines in Michigan and Kentucky also adopted measures to reduce shifts.

In fact, since the first round of the US Semiconductor Summit, solving the core shortage in the automotive industry has been a top priority. The latest data model of the research institute AlixPartners estimates that the chip supply crisis will lead to a reduction of 7.7 million vehicles in global car production in 2021, and the auto giants of the United States, Germany, and Japan will bear the brunt. You know, pickup trucks are hot-selling models in the United States, and it is helpless to stop production.

According to the latest news from the third round of the US Semiconductor Summit, TSMC Chairman Liu Deyin revealed that someone was hoarding chips. He speculated that he might be an upstream supply chain operator from a mainland automaker. Therefore, one of the goals of the US government's move is to uncover the culprit for the mainland's hoarding of chips.

According to Liu Deyin’s description in an interview with foreign media, TSMC is currently setting up nodes to review customer orders to distinguish which orders are actually required by customers and which orders are hoarding goods. He said that in the context of a global shortage of chips, more chips are sent to factories than are actually used in products, which means that someone in the supply chain must be hoarding chips.

Insiders believe that there are two reasons why the U.S. government is targeting the mainland's automotive chip supply chain.

The first is that mainland manufacturers have used such methods in the smartphone and PC industry chains in the past. In the PC industry, a few years ago, there was a large-scale hoarding of hard drives by manufacturers, which led to a sharp increase in the price of hard drives. In the mobile phone industry chain, there were also iPhone suppliers who were exposed to hoarding NAND chips, causing the device prices to soar and then selling. According to news from Taiwan media, one of the reasons why the United States wants TSMC data is to find out how many Huawei's shipments were in the last wave? Some foreign media have reported that the scale of Huawei's sourcing at that time was around 180 billion yuan. This incident is considered to be the fuse for chip hoarding in the automotive industry chain.

The second reason is that China's regulatory authorities have already taken measures to rectify a number of dealers who drive up the price of auto chips, but the scale of the hoarding of chips is unknown. According to previous reports, when the State Administration for Market Regulation announced the progress of the investigation into the price drive-up of automotive chips, the three automotive chip dealers of Shanghai Qiante Electronics Co., Ltd., Shanghai Chengsheng Industrial Co., Ltd., and Shenzhen Yuchang Technology Co., Ltd. were punished. A fine of 2.5 million yuan was imposed. Within one month of the investigation team’s in-depth investigation, the above-mentioned three auto chip distributors had substantially increased their prices.

The prerequisite for the act of driving up prices can be carried out if the goods are available and then sold at the price. Therefore, Yang Ruilin, research director of the International Institute of Obstetrics, Institute of Technology, Taiwan, believes that the United States requires TSMC and other semiconductor companies to surrender commercial secrets. In fact, it is more likely that the United States discovered an abnormality in the automotive electronics supply chain in mainland China during the investigation. Through TSMC and other manufacturers, it is targeting the automotive chip supply chain in Mainland China.

At present, according to related reports, the transaction methods of automotive chip dealers in mainland China have become more concealed since the last investigation and are not easy to be discovered. The US government believes that it is necessary to investigate from the source. This is indeed a reason that can withstand scrutiny. .
Explicit rejection
However, as mentioned above, the United States wants to find companies that manipulate the automotive chip market in mainland China. This is only one of the goals. The transparency of chip supply required by the US government is unilateral transparency for the United States, and a lot of data It is the foundation of some chip makers. Will chip makers in other countries/regions just get caught?

Obviously, the answer is no.

According to Taiwan media reports, TSMC recently reiterated that it will not disclose sensitive information, especially confidential customer information. In the US questionnaire covering 14 questions, the sensitive information of customer data is included. At the same time, some individual shareholders of TSMC came forward to express their dissatisfaction that the Taiwanese government of China had not come forward, but directly threw the problem to TSMC, and entrusted a law firm to file a false sanctions petition to the Hsinchu Diyuan, prohibiting TSMC from directly or indirectly , Voluntarily or involuntarily provide confidential documents including customer lists to foreign governments.

On the manufacturing side, Taiwan Semiconductor Manufacturing Co. and UMC have issued the same statement as TSMC, stating that they will work with customers to protect data.

The South Korean semiconductor industry collectively expressed dissatisfaction with this unreasonable demand of the US government, and published related editorials, accusing the US government of suspicion of manipulating market prices.

In terms of chip manufacturing, the Korean chip industry believes that for foundries, higher yield means more advanced technology and lower manufacturing costs. Once the yield rate is announced, the technology of the foundry will be clear, and the greatest reliance will be lost when negotiating with customers.
Situation is improving
On the whole, chip manufacturers outside of the United States are expected to refuse to fill out this questionnaire, because it not only harms their core competitiveness, but also harms the interests of their customers and is extremely vulnerable to legal actions by customers.

At the same time, the starting point of the three rounds of semiconductor summits in the United States is also disappearing little by little. Solving the core shortage of the US automotive industry is an important topic of these three semiconductor summits. However, from the current industry news, the core shortage of the global automotive industry is rapidly alleviating. , And is expected to be completely resolved in the middle of 2022.

According to the description of Zheng Kaian, a senior analyst at the Institute of Industrial Intelligence (MIC) of the Taiwan Association of Information Technology, currently about 70% of global automotive MCU OEM orders are fulfilled by TSMC. 70% of this data has been verified by the data analysis agency IHS Markit.

At the same time, TSMC expects that the core shortage in the global automotive market will begin to ease this quarter.

Ye Shengji, chief engineer and deputy secretary-general of the China Association of Automobile Manufacturers, also believes that it is optimistic that the short supply of automotive chips will begin to ease in the second half of the year. If the impact is expected to be smoothed out for the whole year, the supply of automotive chips is expected to return to normal by mid-2022.

Earlier, Tesla CEO Musk also pointed out that the shortage of chips is a short-term problem, not a long-term problem. It is estimated that the global core shortage problem will end next year (2022).

Therefore, there is no excuse for the US government to let the world's major chip manufacturers submit data. If it insists on implementing it, then its intentions will be obvious. Of course, some people will think that the US government's approach is to be prepared for danger, but in fact, the regulatory agencies and major foundries in various countries around the world have learned from each other, and they are using their own methods to prevent the industry chain from hoarding and driving up chips. The behavior of prices appears. If the US government alone assumes this role, it is really difficult to guarantee that these big data will not become a means for the US to dominate the global chip industry.